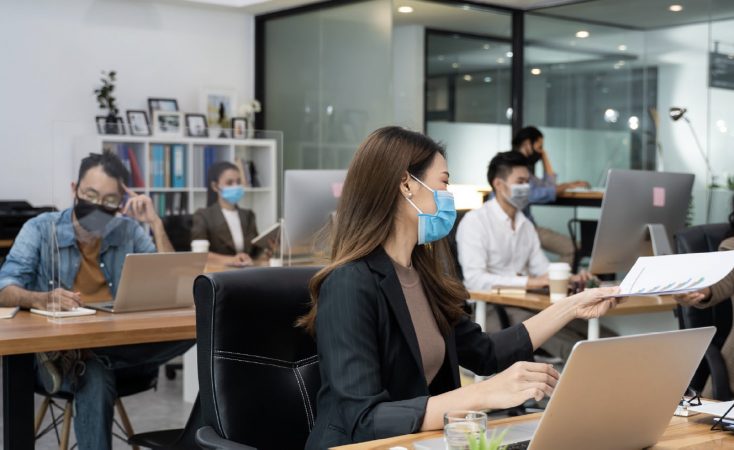 In a day and age of corporate governance, political correctness and transparency, the work environment is one where employees are expected to be treated professionally and with respect, and most importantly, it should be a place where they feel safe and free from any form of harassment or intimidation. Although this is by no means the rule, as a communications strategist working with internal communications teams and their staff on such issues related to the workplace, I am finding that these situations are no longer the exception either.

A toxic work environment can present itself in many ways. It can manifest itself in the traditional way, within a physical office space, or virtually, as is the case during Covid-19 where many are working from home and interactions are on platforms such as Zoom or Teams. It can be evident through correspondence, through social media channels or through personal contact. But whatever the circumstances, the responsibility to ensure employees of an environment that is safe and free from any form of toxicity, lies with leadership.

Typically, a toxic environment has a narcissistic leadership somewhere within the ranks of the company or organization. These people are bullies. They intimidate, they believe that they are above the rules, and they are convinced that they are always right. They are most often abusive in their dealings with staff and that includes verbal abuse like yelling or name calling, psychological abuse where employees are “levelled” or told that they are worthless and incompetent, physical abuse where staff are pushed or shoved, and sexual abuse which includes inappropriate language or touching.

These people typically have two personas, a public one and a private one. Their public persona is one that shows strong leadership, great success and one that exudes confidence. They are most often very charismatic and quite charming. Privately they can be arrogant and insecure. They believe that they are entitled and that they are “Teflon” – accusations of bad behaviour or any negative perceptions, whether internal or external won’t stick.  Chances are the company’s external audiences, their stakeholders be they clients, strategic partners, donors, government, and so on, will never be witness to that person’s darker side.

Internally, a toxic environment can be a nightmare for employees and can easily affect productivity, team dynamics and even friendships. These types of environments typically result in high staff turnover, lack of motivation and negative attitudes. Staff may begin to turn on one another or begin to gossip and spread rumours. There are also a number of physical and psychological consequences that can result from working under such conditions. These may include, but not be limited to, burnout, physical and emotional illness, fatigue, depression, relationship issues, insomnia and loss of appetite. The stress and anxiety of working in a toxic environment day in and day out has serious consequences and long-lasting effects, not only on the person, but on the financial and reputational health and well being of the company or organization.

The good news is that people are increasingly speaking out. The #MeToo movement has made it possible and more acceptable for people to step up and take a stand against any and all forms of abuse or toxicity within the workplace.  And when those responsible are exposed, the repercussions are serious. They may be fired or demoted, they may receive negative reviews on social media platforms and recruitment sites, and external stakeholders and third-party allies will begin to distance themselves.  In other words, their reputations will be permanently stained and their networks disrupted.

Internally, there will be a sigh of relief. In my experience, once the toxicity is gone, employees become more motivated, they are happier, more productive, re-energized and once again proud to be part of a company or organization with a zero-tolerance policy for negative behaviour.

Employers can further redeem themselves by simply offering an apology to those who have been affected. Team building exercises and old-fashioned company BBQs or picnics are always a favourite, and are an effective way to bring teams together to mend damaged relationships and rebuild fences. Consider establishing and launching a proprietary CSR initiative. One that not only gives back to the community, but one that will unite everyone on behalf of a common cause or issue and that will re-instill company pride and respect for the company and its executive and management.

As they say, “it’s never wrong to do the right thing”.