The Greening of Public Relations 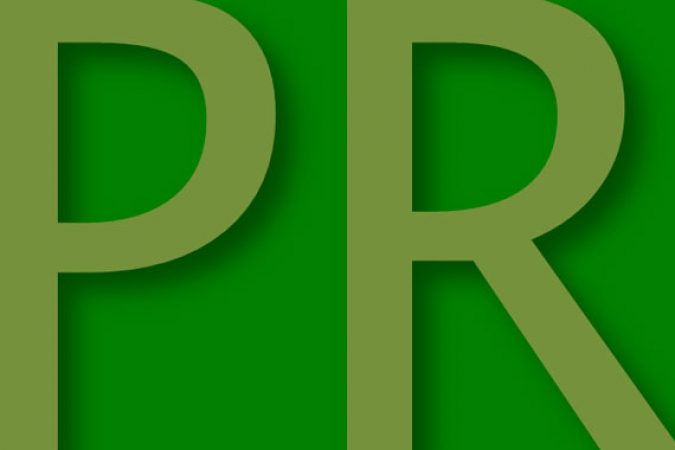 One day I will tell my grandchildren that I was around at the very beginning of what must be one of the fastest growing industries in modern history.

For many, October 17, 2018 seems to be the date that will go down in perpetuity as changing the face of Canadian society. But in truth, the story began much earlier and public relations was and is, one of the core strategic functions. If you think about it, here was an entirely new industry that was highly stigmatized. We needed to change the language from “dope”, “pot” and “weed” to “cannabis” in order to begin to be taken seriously. After all, in the early days the audiences included patients, doctors, advocates and regulators, as well as the visionaries who foresaw the legalization of cannabis.

Although cannabis has been used as a medical therapy for thousands of years, this was and is still quite new to Canadians. Today, there is still low awareness of how medical cannabis is accessed. In terms of legal recreational cannabis, the news media have helped enormously, but advertising to consumers is highly regulated. With all of this, it would seem like a no-brainer that public relations would play a large role in its marketing communications.

When Health Canada established the Marihuana for Medical Purposes Regulations (MMPR) in 2014, which was then replaced in 2016 with the Access to Cannabis for Medical Purposes Regulations, it reinforced the world’s most rigorous medical cannabis guidelines, acknowledging that strict regulations were needed to ensure that patients had access to safe, « pharmaceutical grade » product.

It was only a few months later in 2014 that energi PR was invited to be part of a national PR agency search for a small company based in Seattle, with a state-of-the-art facility in Nanaimo, British Columbia. In the summer of 2014 Tilray was far from a household name. Media helped tell the stories that sought to inform, educate and engage Canadians in a new conversation, as well as try to remove the taboos associated with cannabis.

It was all about growing the market by informing and educating Canadians on how they could legally access cannabis for medical use. Along with consumers, it was important to understand that access to medical cannabis needed the authorization of a physician, something wrapped up in inherent and complex issues. To this day, few of Canada’s approximately 35,000 family physicians have the experience of treating their patients with cannabis. There is also widespread resistance among physicians to recommend anything not backed up by the kind of scientific evidence required by regulators like Health Canada. That has not changed significantly over the past five years.

Tilray was not energi PR’s first foray into the medical cannabis space, as we had provided counsel to another organization hoping to make it into the exclusive ranks of Canada’s pioneering federally licensed producers (LP’s).

At the time, there were barely a dozen LP’s as they are called and so for us, winning the Tilray public relations business was cool. It was also a huge unknown in terms of benchmarks and best practices from an industry perspective.

Every day was different, frenetic and exhausting. Every word, message and story carefully examined. Every spokesperson briefed and articulate. Back then, cannabis was news and LPs were more easily differentiated. There were no cannabis reporters, though health and business journalists were generally the ones building the expertise that would eventually create a new media sub-set. Despite the consolidation of media outlets and layoffs, cannabis supplements, features and media platforms would emerge.

Fast forward just a few years and there are more than 130 licensed producers who cultivate, grow, harvest, produce and commercialize cannabis. And yes, after October 17, this includes the recreational market. With so many players, rising above the clutter is imperative and public relations – reputation management, business ethics, thought leadership, market growth, corporate social responsibility, digital and social media, stakeholder relationships, research, advocacy – our entire arsenal of PR tools would be brought to bear.

While some PR agencies resisted the temptation of pursuing cannabis clients on moral grounds, other independents and multi-nationals slowly entered the space. From a competitive point of view, and with the proprietary information disclosed to us, it would be difficult to build a practice area in cannabis PR. Not surprisingly, as the number of LPs increased, so did vertical industries providing opportunities to represent businesses providing lighting, humidification, contract research and sales, labels, and the list goes on.

Today energi PR is proud to remain connected but in a way that aligns with our expertise and experience in the pharmaceutical and health & wellness industries.  Our client Tetra Bio-Pharma is a global bio pharmaceutical leader and the only company in Canada focused on the discovery and development of cannabinoid-derived medicines. Tetra’s unique pharma pathway to commercializing their products follows the same stringent process used to bring prescription drugs to market and meets the standards required by Health Canada and the FDA. Tetra’s product pipeline and clinical trials are aimed at proving the safety and efficacy of cannabinoid-derived products and securing a Drug Identification Number or DIN which would allow them to be prescribed by physicians and accessed in pharmacies. The trust and confidence that results from scientific data holds the promise of acceptance by regulators, medical bodies and insurers.

In representing Tetra, we enjoy days and nights that are often unpredictable, unique, occasionally chaotic and complex. We get to introduce and explain words like “cannabinoid-derived” and almost never use the word “cannabis”. The audiences we interact with are varied and it is gratifying to shape stories that hold promise for those whose unmet medical needs might be solved one day by a Health Canada approved cannabinoid-derived drug.

We know from experience that communicating cannabis requires a sea change in thinking. One of the challenges for our industry is how to talk about what has been a taboo subject for hundreds of years and is still unfathomable for many Canadians. There remain strong opinions on both sides of the legalization issue and serious, legitimate questions and concerns in terms of using cannabis products as medical therapy.

Promoting cannabis requires regulatory compliance and in-house staff and the agencies they work with must be able to navigate within this framework. Most L.P.’s also need to manage split personalities in serving diverse markets which will likely give rise to more strategic partnerships with traditional pharma, like that of Tilray and Sandoz.

Looking back on 2018, it seems to me that the news was all cannabis, all the time. I predict the subject will remain a dominant news maker in 2019, though the blush may come off the rose as the experiment unfolds.