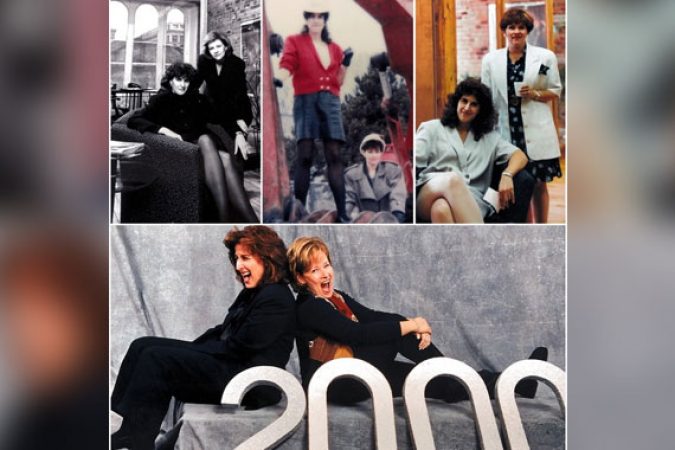 It says a lot to have established a successful, national PR consultancy and to have stayed in business for nearly three decades. It’s also no small feat to do all of this as business partners, whose relationship has endured longer than most marriages – spats and all.

As we settle down from the New Year’s hype, it’s nice to look back and reminisce about the journey and remember that we’ve made it this far by staying ahead of the curve. Nothing ever stays the same, nor should it. We learn, experience, adjust, grow and reinvent. A client once described this as “a culture of the possible”. We’ve always maintained that solutions are out there, we just need to want to find them.

The practice of PR and the business of PR have undergone enormous change, not the least of which has been confronting the question of who owns social media, and the introduction of paid media – something that traditional PR has railed against for decades. Back in the day, PR was earned, plain and simple. The credibility of third party endorsement was the quick explanation, and performance metrics were elusive. For these and other reasons PR was largely misunderstood and rarely took its rightful place as a strategic management function.

Fast forward and the term public relations still grapples with stigma and stereotypes along with being grossly misunderstood. Our value becomes more easily understood when something goes terribly wrong. It is often then when those less familiar with the knowledge of issues management and crisis communication get to see the material impact of a product recall, a poorly conceived media stunt or an early morning twitter rant.

My trip down memory lane with my business partner and friend of 29 years, Esther Buchsbaum, is filled with experiences that kill us with laughter all these years later. We’ve flipped burgers at our client Burger King, put our lives on the line while climbing a boom, looked ridiculous in environmental abatement gear, or attempted to hide a 10 foot square toy box at the Ontario Science Centre. There were many serious moments, including recording a heart wrenching story from a cancer sufferer, helping bring a game-changing medicine to those in need or trying to impress media that 30 years later HIV/AIDS is still critical health issue. These are woven into our purpose as individuals, and as an organization – where every day we use communications to make lives healthier, happier, safer and more fulfilling.

When I say that energi PR is 29 years old, it seems like a lifetime. It’s a lifetime of accumulating knowledge, solving thousands of issues, problems and crises, establishing an exceptional global network of brilliant colleagues and inculcating best practices from our professional affiliations and our own ambition and perseverance. We’ve always understood that we live in the present tense, a realization that continually fuels our passion for what’s new and what’s next. The past keeps us grounded, and perhaps it is what schooled us for today – the most connected, educated, sophisticated, social, visual and technological time ever. Luckily Esther and I also get to stop and smell the flowers – our amazing energi PR family, allows for that privilege, but the beat goes on!

As for my trip down memory lane, I say Happy Birthday/Joyeux Anniversaire energi PR – you are 29 and strong!