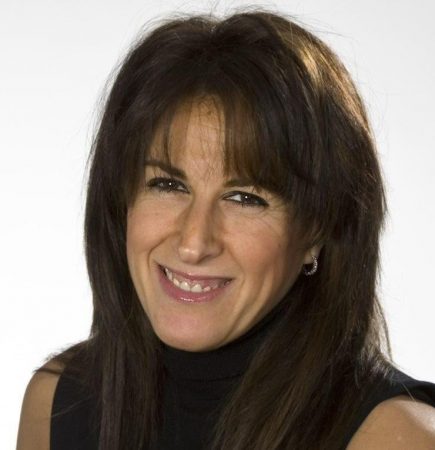 It with immense sadness that energi PR Inc. announces the untimely passing of its Co-Founder, Esther Buchsbaum, APR, Fellow CPRS, after a courageous battle with glioblastoma.  Esther’s warmth, humour and incredible personality were defining characteristics and she will be sorely missed by all who knew and loved her.

Esther’s career began at Grey Advertising where she was responsible for client services for Air France, Avis, and the Sheraton Hotels.  An introduction to public relations led her to a position with a communications firm where, as Vice President of Client Services, Esther was responsible for the public relations and global marketing requirements for a national and international client base.  In 1990 Esther went on to co-found Communications MECA, later energi PR, with her longtime friend and business partner, Carol Levine. Together they created an award-winning, public relations and marketing communications agency and celebrated a unique and trusted partnership spanning 32 years.

Esther was a member of a global crisis communications advisory panel that supported clients dealing with natural and man-made disasters. As PR counsel to Hilton Canada, Esther was instrumental in the development of communications strategies in the aftermath of 9/11. Esther received the international Accredited Public Relations designation (APR) and was inducted as a Fellow of the Canadian Public Relations Society, recognizing her significant and longstanding contribution to the field of public relations.​ She sat on the Executive Committee of the Public Relations Society of America, and was a member of the Travel Media Association of Canada, and the Society of American Travel Writers. Esther was also a popular guest lecturer in the McGill University MBA program and a member of McGill University’s Desautels Faculty of Management Global Marketing Advisory Board.​

Loved, respected, and trusted by her clients, many who became her friends, Esther mentored scores of individuals who went on to successful careers in PR. She will be remembered for her big heart, always finding the time to help someone in need. Among her many notable contributions was establishing La Ruelle MECA at the former Montreal Children’s Hospital, a roof-top area where children and their families could enjoy time together.  She also served as an advisor and volunteer with The Friendship Circle.

Esther leaves behind her beloved daughter Morgan and son-in-law Richard Lupovich, her business partner and dearest friend Carol Levine as well as family, friends, and colleagues from around the world who simply adored her inner and outer beauty, courage, and fierce determination.  Her energi PR colleagues past and present will forever miss her passion, persistence, creativity, and belief in the possible.

Funeral services will be held in Montreal on Monday, May 16th at 1 PM at Paperman and Sons 3888 Jean Talon West, Montreal. Burial at the Baron de Hirsch Community Foundation Cemetery on de la Savane.

More details can be found on www.paperman.com, where you can leave a message of condolence. For Esther’s friends around the world there will be a Zoom link.

In lieu of gifts or flowers, donations in Esther’s memory can be made to the Esther Buchsbaum Memorial Fund for Palliative Care c/o the Jewish General Hospital Foundation 514-340-8251 or to the Friendship Circle 514-735-2255.