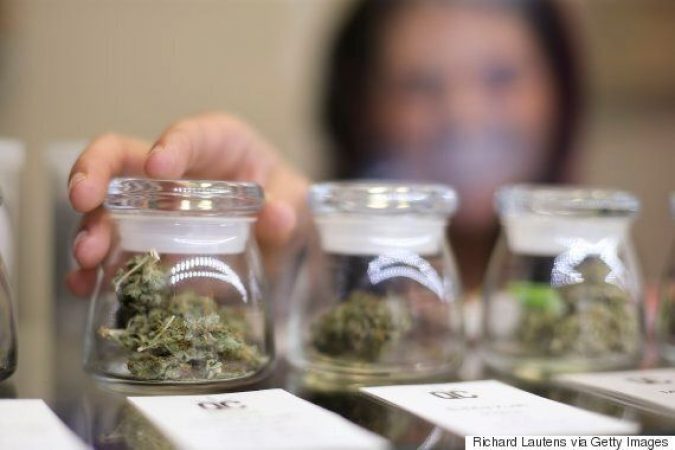 Even 15 years after marijuana was approved for legal medical use in Canada, the language describing it obscures, conceals and hides. We don’t often hear it referred to by its botanical name — cannabis — or hear it in the context of descriptors like medicinal, beneficial, relief, useful.

As Canada stands at the crossroads, preparing to legalize cannabis for recreational use, it’s time to take a closer look at how we talk about cannabis, and why. First, a bit of background.

When Health Canada established the Marihuana for Medical Purposes Regulations (MMPR) in 2014, which was then replaced in 2016 with the Access to Cannabis for Medical Purposes Regulations, it reinforced the world’s most rigourous medical cannabis guidelines, acknowledging that strict regulations were needed to ensure that patients had safe access to safe, “pharmaceutical grade” product.

Communicating about marijuana/cannabis requires a sea change in thinking.

Although cannabis has been used for medical purposes for thousands of years, the use and therapeutic benefit of medical cannabis was and is new to many physicians and patients, and to the Canadian public. When MMPR was introduced, there was little to no public understanding of how the medical cannabis would be accessed, who the newly approved licensed producers are, and what products or strains they would offer. Stakeholders were curious, cautious and especially craving accessible, dependable information.

It’s worth remembering that the current audience of legal users is relatively small: fewer than 30,000 Canadians are licensed to obtain medical cannabis. They can purchase their cannabis in the only legally way possible in this country once they get authorization from their physician, which is then sent to any one of 35 licensed providers across the country that they decide to buy from.

Based on our public relations consulting work with some of the leading licensed providers, we know that communicating about marijuana/cannabis requires a sea change in thinking. Producers appear to want to move away from the stereotypical image of a shady “provider” to being seen as a responsible member of the medical establishment, producing a beneficial product in a regulated, safe, legal environment.

Historical length of use has not necessarily corresponded to consistent quality, as medicines go. Canadians who rely on medical cannabis and the physicians who prescribe it were not always able to count on uniform potency and purity. Canada’s oversight of Canada’s burgeoning cannabis industry is geared to treat medical cannabis as if it were a prescription drug, although oddly, it is still subject to sales tax.

One of the challenges for this emerging industry: how do you talk to people about what has been a taboo subject for hundreds of years, and is still unfathomable — and illegal — for many Canadians? How do you take a compound with this history and look to scientists and physicians who live or die by evidence-based data to open a dialogue about its medical benefits while acknowledging that medical cannabis is used, and misused, for recreational purposes as well?

You could argue that marijuana itself needs rehab, but of the reputation kind. In some respects, this is the precipice we find ourselves on. Can cannabis shed its dubious and illicit past so that this compound can be looked at within a medical framework first, and a recreational one second? Is it time to give medical cannabis the legitimacy and standing it needs, so that more research can be done, more patients can access it, and it’s potential in the treatment of a wide range of issues and health-related conditions can be fully evaluated?

You could argue that marijuana itself needs rehab, but of the reputation kind.

By acknowledging that cannabis has shown great promise as a medicine and to be treated as one, we need to rethink the way we speak of it, describe it and even use it. How can we do this?

We can start by eliminating the snicker factor. We need to banish drug culture slang when we speak about cannabis and in how we market it. There is no doubt that the language we use can temper our thinking and our approach, and our willingness to give cannabis a chance as a therapeutic tool and as a recreational product to be enjoyed by adults in moderation.

We know anecdotally and from the scientific studies available that cannabis has offered significant benefits to medical users. Perhaps it’s high time to shift our thinking and our words to engage thoughtfully, being mindful of how we talk about and use cannabis. Let’s not let an outdated image and language get in the way of being clear-eyed in our evaluation of something that holds intriguing medical promise.

The simple truth is that words can be as potent as drugs. The longer we speak in stereotypes, the longer cannabis will be mired in a past of fear, stigma and reluctance. And that kind of climate eliminates the possibility of productive discussions about potential medical benefits and responsible use.