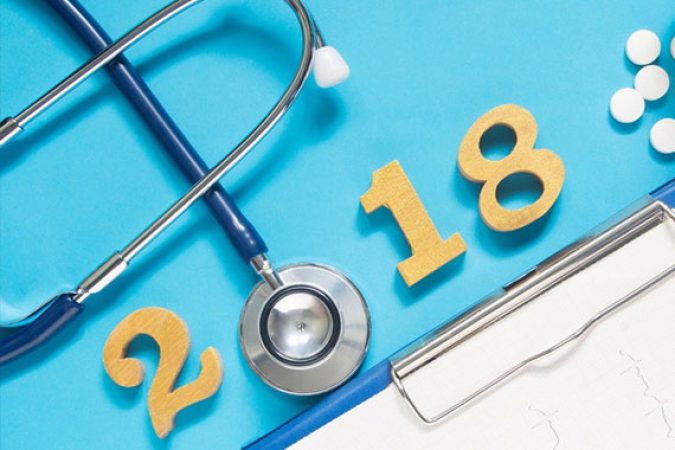 Approaching a new year often triggers reflections – Where did we succeed in 2017? What were the largest trends, and why? How will the landscape continue to evolve in 2018?

As we ask ourselves those questions here at energi PR we answer them through the lenses of healthcare and health & science communications. Here are two key takeaways:

Digital should be everyone’s middle name, even in the burgeoning-but-cult investigative journalism market.

The Canadian media market has been shrinking, with journalist layoffs and newspapers shutting their doors throughout the year. Concurrently, and both a factor in and result of all the traditional media changes, digital and social media and online content creation continue to be on the rise. Brands are investing more heavily in digital media as a methodology of public relations and marketing, leveraging things like video and social networks in order to create interactive experiences as part of a communications strategy. Evian, for example, recently spent 80% of its marketing budget on digital media. As online and social channels continue to become platforms where people consume news, the trend is likely to continue into 2018 and beyond.

In opposition to this, newspapers like The Globe and Mail and Toronto Star are also realizing the appeal of in-depth investigative journalism stories for a segment of the population that is not happy with just getting snippets of news from their Facebook or Twitter feeds. As we have fewer and fewer media to hold government, corporations, etc. accountable for their actions, this segment will continue to be vocal about the power of journalism.

Given what’s happening in the United States, fake news—and the need to combat it—will become an even bigger trend in 2018. At the same time, journalists are dangerously losing credibility and respect. Part of this is the increasingly blurred lines between paid and earned media. The crisis in journalism and media at large has led to a lot of under-the-table payment tactics for ‘earned media’ placements. The media need to take the helm and win back the public’s trust through thorough, well-thought out reporting with few errors. When errors are made, they need to own them and apologize right away, and also hold those in power to account for their falsehoods, call them out on them and challenge irresponsible communications from government and corporate spokespeople.

Opioids and cannabinoids dominate the discussion.

The debate in the United States regarding universal healthcare has been boiling over to Canada due to our proximity and our experience with it – both positive and negative – and how our system is being portrayed to US voters. ­­­A piece of the conversation, and a much larger issue itself, is that the opioid crisis is wreaking havoc not only on the health system, but our social fabric, as it touches and deeply affects every socio-economic class. In the coming year, the Canadian and US governments will continue to wrestle with tackling the opioid addiction crisis and the impact it is having on the healthcare system.

When it comes to access to cannabis for medical purposes not a whole lot has changed. Doctors may be warming up to it, but are predominantly hesitant to authorize it, something that may send their patients to the black market or have them turn to the recreational cannabis market once it becomes legalized this summer. There are a lot of stakeholders in the marijuana boom and how everyone will be able to benefit or be impacted by it is still not clear.

Fast approaching is the legalization of marijuana for recreational purposes, which the Trudeau government is committed to this coming July. As the clock is ticking down, the provinces have a lot at stake to make sure the roll-out is seamless and crisis-free. This is already dominating discussion, with confusion and chaos regarding how the provinces will approach access to recreational cannabis. One of the biggest questions is how recreational marijuana will be marketed to consumers, we expect the role of advertising and public relations within this space to become a heated topic.

These are just two of the trends we’ve been monitoring this year. Undoubtedly, as we embark into the new year we’re sure to see many of our expectations met while there will almost certainly be surprises in store as well.

What do you see as the biggest changes to healthcare and communications in 2018?

With thanks to energi PR’s Jeanelle Awa, Account Director, Healthcare and Britt Aharoni, Consultant for their insights and contribution to this article.